The Tasmanian Whisky and Spirits Association (formerly the Tasmanian Whisky Producers’ Association – TWPA)was formed on the 21st of May 2007. It was (Lark Distillery) founder Bill Lark who in 1992 resurrected the Tasmanian distillery industry after it had been dormant since the early 1800s. In early 2007 Patrick Maguire (Tasmania Distillery) and Bill Lark recognised the need for an industry body to support and promote the strength of the now recognised, Tasmanian whisky brand.

Today we recognise the importance of the growing distilling industry in Tasmania and the increasing success of Tasmanian whiskies, gins, vodka and other spirits nationally and internationally. Together with the support of our State Government the new industry is shaping up to have a bright future, with exports and local Australian markets increasing steadily. 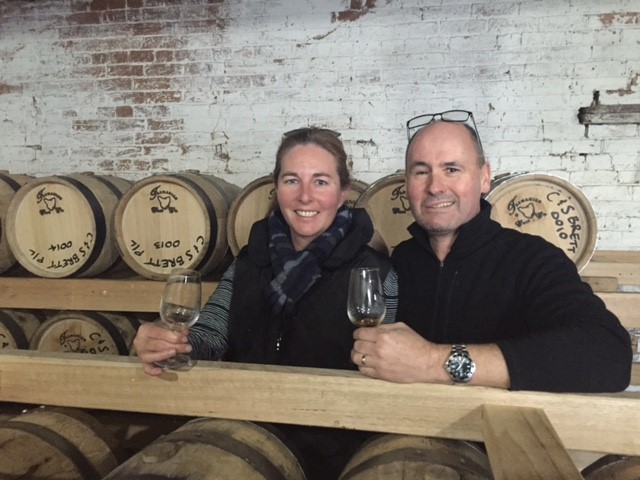 After completing his degree in Applied Science in Natural Resource Management at the University of Canberra, Cameron moved to Hobart in 1989 to complete his honours degree in Antarctic Tourism at the Institute of Antarctic Studies, University of Tasmania.

Over the past 20 years Cameron has held senior positions in the Tasmanian tourism industry including with the government and private sector, including as owner of TasVacations an award-winning private travel company and founder an owner of Sullivans Cove Apartments a luxury accommodation brand around Hobarts waterfront.

Cameron and his wife Suzanne founded Tasmania’s Spring Bay Distillery in 2015 after many years of dreaming and planning and continue to work as operators and distillers. Being able to work in such a pristine environment as Tasmania’s east coast and having won awards for both their gin and single malt whisky have been highlights.

Cameron has also worked with many community and business organisations over the years such as a board member of Festival of Voices, IHOS Opera and a member of the Management Committee of the Henry Jones IXL Complex and the Tourism Industry Council of Tasmania.

With his wife Suzanne and two young sons Henry & George, Cameron lives and works in Hobart and on Tasmania’s East Coast. 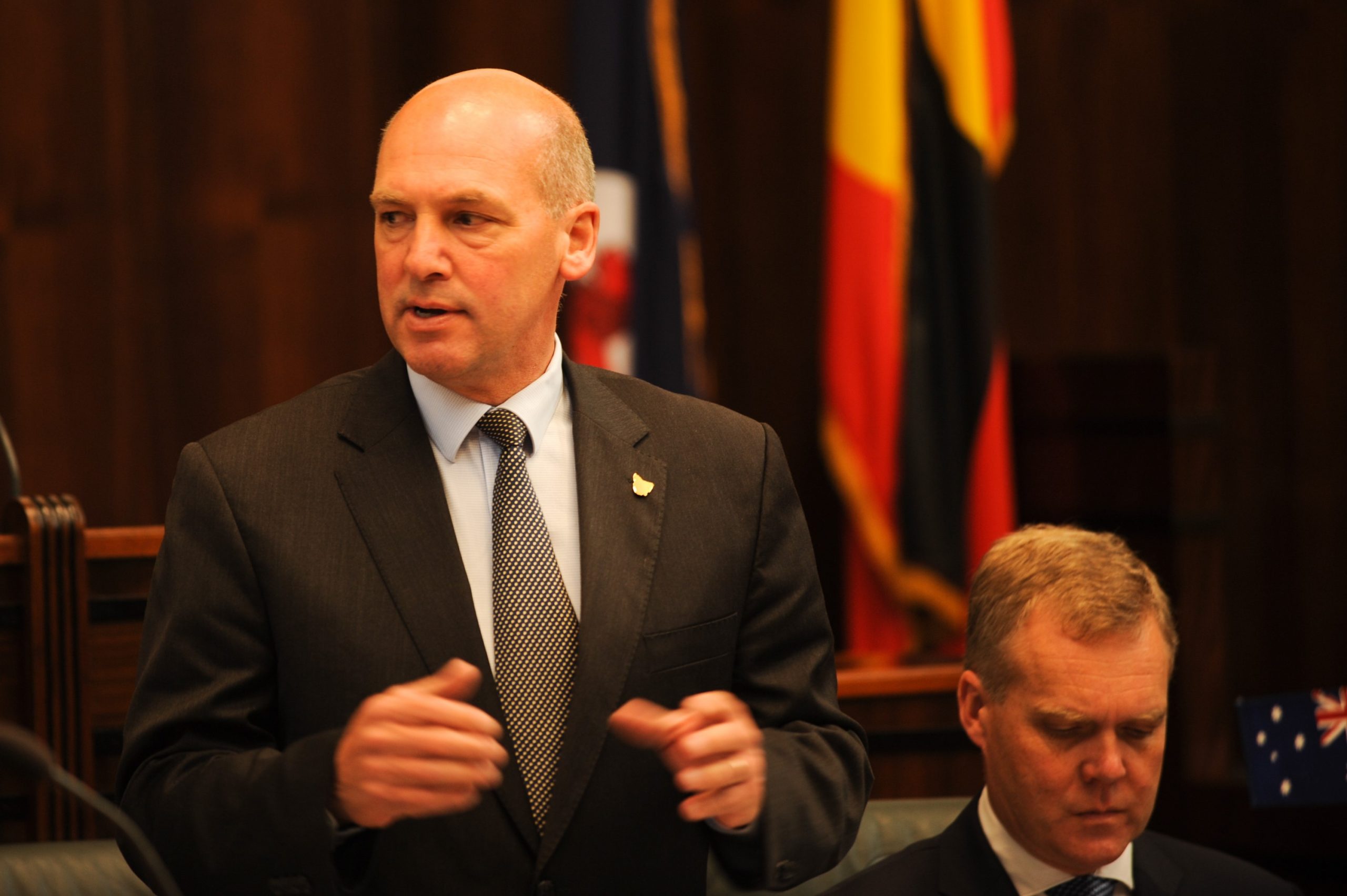 Stephen Parry has had rich life experiences in three distinct vocational lives; as a Police Officer (and Detective), Funeral Director (and Embalmer) and Senator. He has literally covered two of life’s certainties – death and taxes. Stephen is now back in the private sector jointly owning a Distillery and Civil Works Excavation operation – very much hands on in both!

Stephen brings to our Association experience at the top echelons of Association involvement. He has been a National and State President of the AFDA (Australian Funeral Directors Association), a Director of the Tasmanian Chamber of Commerce and Industry as well as holding community organisation senior roles; across Rotary, Surf Lifesaving and Chambers of Commerce. The most significant role for Stephen was that as the 24th President of the Australian Senate, being responsible for the management and control of the most senior debating chamber in this country and representing our Federal Parliament on the National and International stage.

Stephen brings to us a unique and valuable aspect from his parliamentary experience in representation at Local, State, National and International Government levels as well as having financial management acumen and committee experience over a plethora of entities and subject areas. 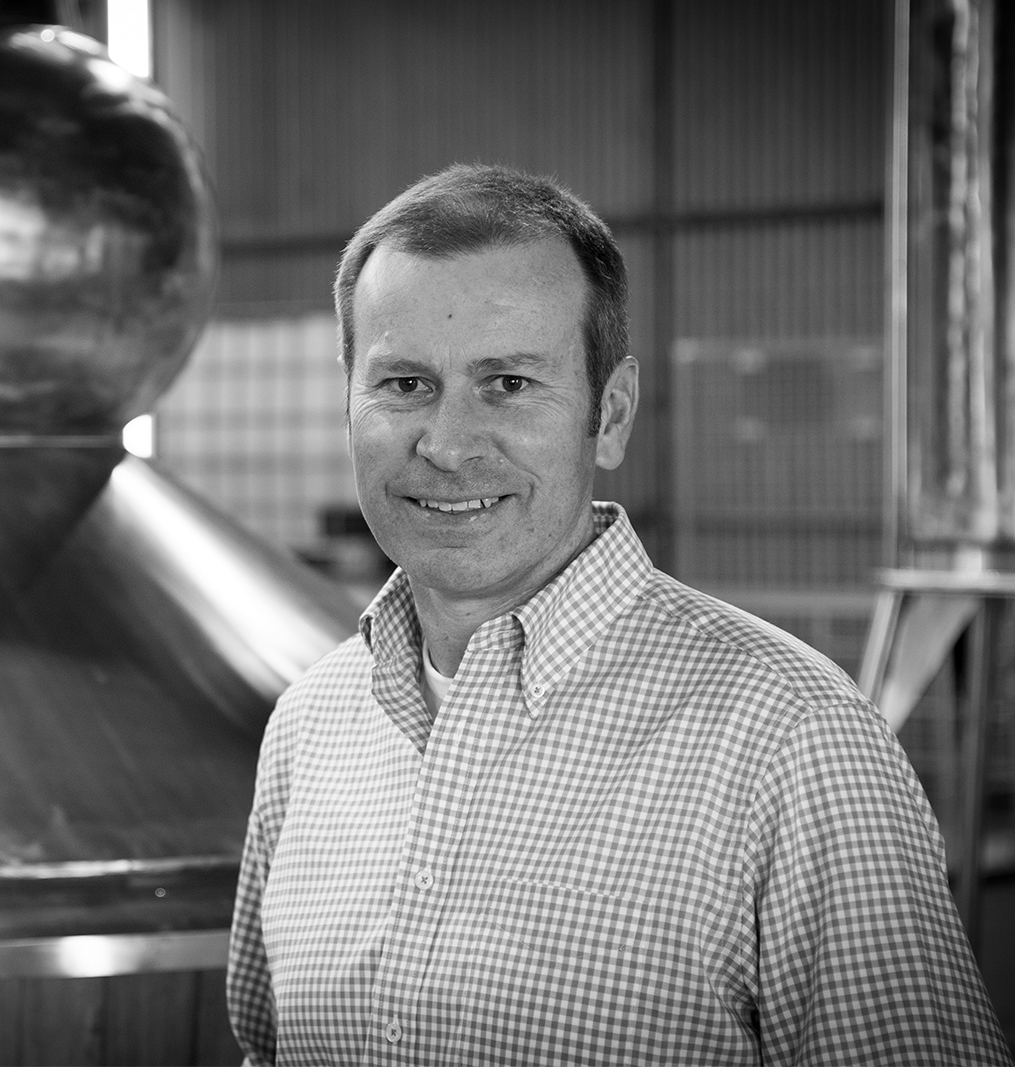 Chris is a co-owner and distiller at Launceston Distillery.

His career includes 15 years’ experience in the pharmaceutical industry, together with 12 years in the brewing and distilling industries. Chris got his start in Tasmanian whisky as the inaugural distiller at Nant Distillery. He is proud to have worked for some renowned Tasmanian companies; at J. Boag and Son as a Brewing Team Supervisor, and Tasmanian Alkaloids in a variety of roles within Quality Control. This experience in manufacturing was invaluable when establishing Launceston Distillery.

Born and raised in Launceston, Chris holds a Bachelor of Applied Science degree, a post-graduate brewing qualification and the IBD’s certificate in distilling.

Chris has a keen interest in sport and has been an active member of a number of sporting clubs and committees.

Chris is honoured to be a TWSA committee member, and strongly believes in its charter to protect and promote Tasmania’s distillers. 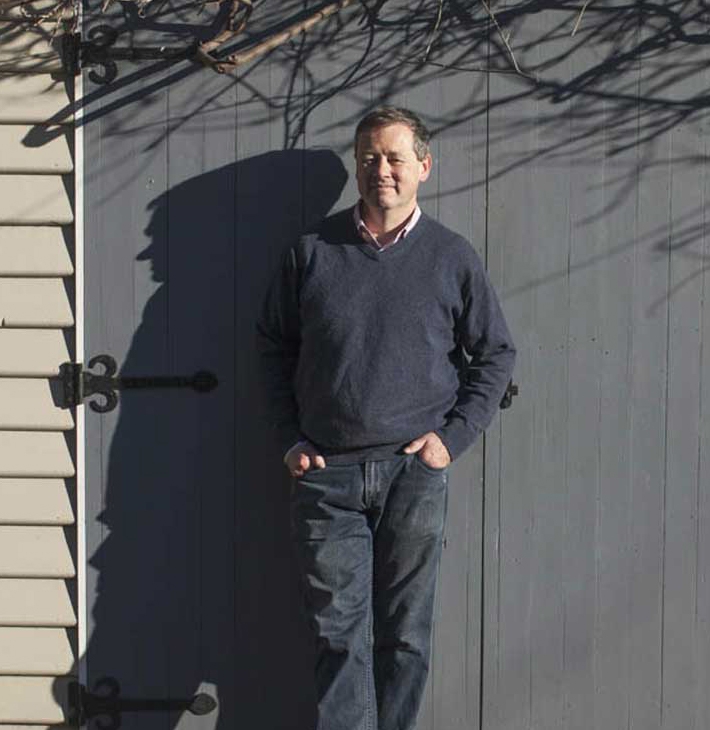 Damian and Madeleine have been involved in the Tasmanian distilling industry since establishing Mackey’s Distillery in 2006. Damian’s childhood was dominated by the family hotel in Latrobe in the State’s North West. He gained a surveying degree and started his professional life as a land surveyor in the early 1990s. In that capacity, he found himself working for Bill and Lyn Lark, just after they had established the first (legal) Tasmanian distillery since the demise of the industry in the 1830s. In 2007, Damian laid down his first whisky cask and since then, distilling has been his mainstay.

In 2015, Mackey’s Distillery merged with Shene Estate to form Shene Distillery, which continues to produce Mackey Whisky today, along with Poltergeist Gin which Damian also created. Damian spent around four years as head distiller at Shene and then worked as Callington Mill’s first head distiller at its prototype distillery.

Damian and Madeleine established New Town Distillery in 2020 and are laying down the first barrels of Tasmanian Pot Still Whisky. Like Mackey Whisky, this is triple distilled, but instead of 100% malt the mash bill also contains unmalted barley and oats.

Damian’s smooth triple distilled whisky and earthy gin have earned international recognition. He derives genuine satisfaction from working in this special Tasmanian industry which is so full of promise and passion, and in the amazing collegiate atmosphere established by the Larks. In becoming a member of the TWSA executive committee, Damian hopes to give something back to the industry that has given him so much. 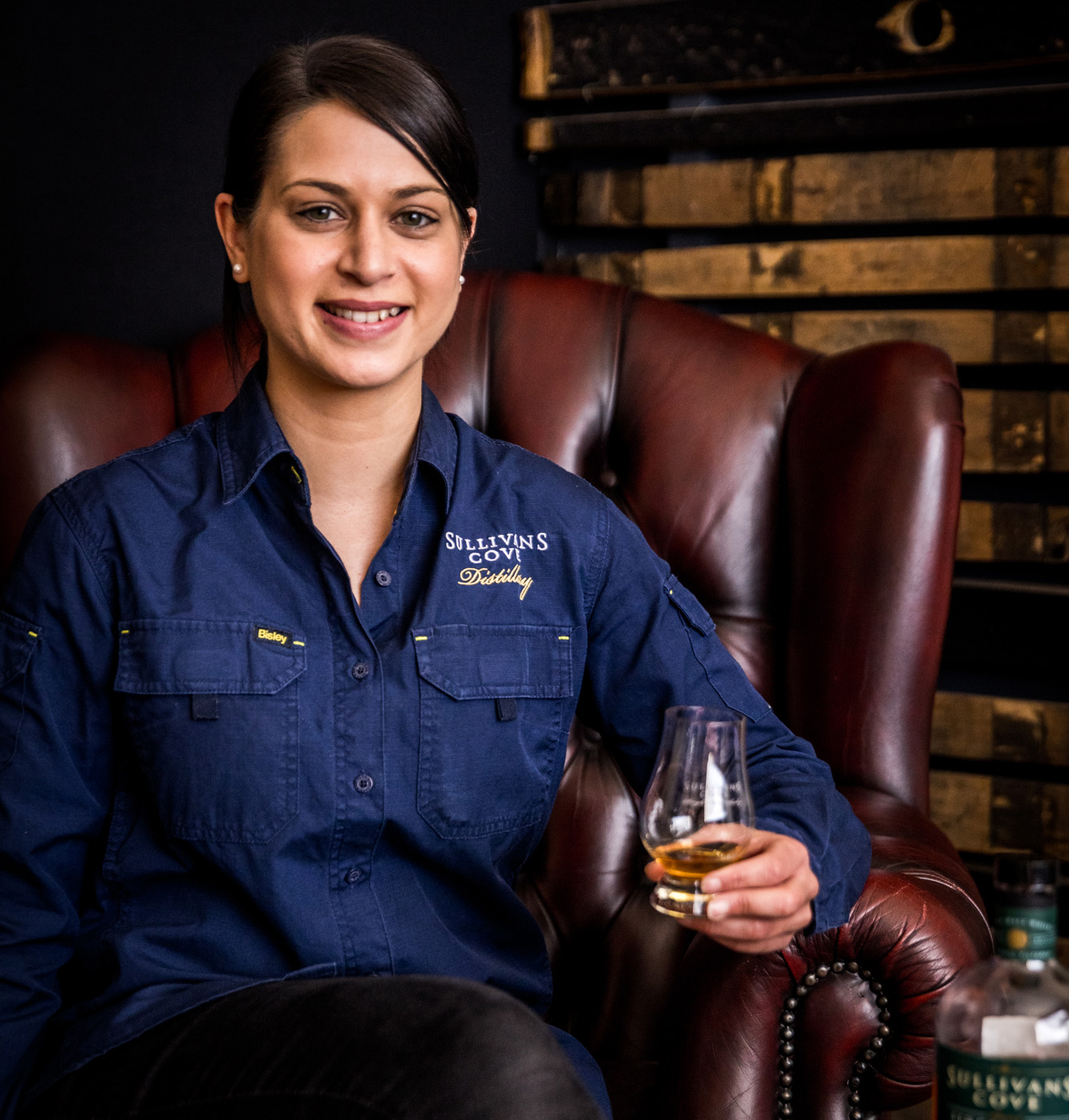 Originally from NZ, Ally graduated with a Bachelor of Social Sciences before discovering a passion for travel. She spent a good part of her 20s based overseas and spent this time working in hospitality to fund her travels.

Her first overseas experience saw her move to the UK where she spent time living in Belfast and Edinburgh. It was here that she developed a love of single malt whisky after venturing to the many amazing whisky bars on offer.

Ally then spent time living in Canada, The Netherlands and Norway. It was in The Netherlands that Ally was offered her first whisky bar job which ignited her passion even further. Working with an incredible array of whiskies and sharing the experience with people was something that she relished.

At the start of 2019, Ally decided to finish up her travels and look for work in the whisky industry a little closer to home. Having heard about the whisky industry in Tasmania, she decided to try and find a job within the growing industry here. After securing an interview for a cellar door role with Sullivans Cove Distillery, Ally moved to Hobart a week later in March of 2019 and is now almost 4 years into her career with the distillery. In 2020, Ally was tasked with taking on the role of Cellar Door Manager, building up a small team to run the visitor experience side of the distillery post-lockdown. In early 2022, Ally took on a new role in sales and now works closely with a small sales and marketing team the distillery has recently developed.

Ally is particularly passionate about events, education, and sharing a love of whisky with others. She is an active member of the local whisky community which she hopes to further solidify through her new committee role.